This week saw the Bohuslav Martinů Philharmonic Orchestra performing at the prestigious EXPO2020 world exhibition in Dubai. The event, on 21st March on the first day of spring, took place at the exhibition grounds as part of the Czech Republic’s national day.

The festivities began at 10.00 a.m. when the Czech National Anthem rang out under the Czech flag flying on the Al Wasl Plaza central square, followed by an opening speech delivered by the Chamber of Deputies Speaker Markéta Pekarová Adamová before an audience of senior officials of the Government of Dubai and the Commissioners-General and Ambassadors of the guest countries.

The Orchestra, represented by its String Chamber Orchestra and brass group, played works mainly by Czech composers including fanfares from Leoš Janáček's Sinfonietta, excerpts from the second and fourth movements of Antonín Dvořák's New World Symphony, Dvořák’s Slavonic Dance No. 3, and  the popular song ‘Škoda lásky’ by Jaromír Vejvoda.

Also present to add to the appeal of the programme were two pairs of dancers from our Valašsko region’s Kašava folk ensemble.

The all-day event, put together by ArtProm and continuing into the evening hours, consisted of four half-hour performances by the Orchestra and folk dancers in front of the Czech Pavilion, in a varied programme of pieces by Antonín Dvořák and Georges Bizet, plus Moravian folk music and dance routines, and pop songs by the Beatles and others.

Representing the Zlín Region together with the Orchestra were the Regional Governor Radim Holiš amd the Regional Councillor for Culture and Education Zuzana Fišerová.

"I’m delighted that the Zlín Philharmonic Orchestra has had this opportunity to head up the Czech day here at the EXPO in Dubai,” Governor Holiš said. ”The fantastic response it has received shows what a world-class orchestra it is. I’m proud of our Orchestra, and I thank them for representing the Zlín Region and our entire country in such an outstanding way."

Josef Němý, the Orchestra’s Director, added: “It has been an honour for the Bohuslav Martinů Philharmonic to play its part in this event. I think we have represented not only the Orchestra, but the city of Zlín and the Zlín Region, very well. Expo2020 is an exceptional event of global significance and it has been wonderful for our Orchestra to be directly involved.”

The Bohuslav Martinů Philharmonic Orchestra is about to embark on another remarkable venture in its 75-year history when it performs in the United Arab Emirates in spring 2022 at the World Expo 2020 exhibition currently under way in Dubai.

The performance on Monday 21st March 2022 marking the national day for the Czech Republic will be given by 20 of the Orchestra’s musicians (String Orchestra and Brass Harmony) and two pairs of dancers from the Kašava folk ensemble.

Also there with the Orchestra to represent the Zlín region on the day will be the Zlín Regional Governor Radim Holiš and the Region’s Lead Councillor for Culture and Education Zuzana Fišerová.

The delegation flies in to Dubai on Saturday 19th March to rehearse on Sunday in the Czech Pavilion for Monday’s performance, which will begin at 11.00 with the ceremony of the  Czech National Anthem played by the six members of the Brass Harmony. 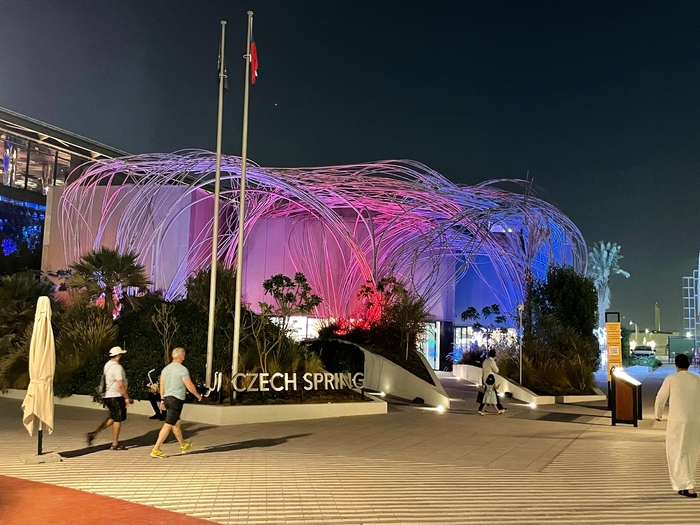 The Orchestra members will be alternating their performances in front of the Czech Pavilion throughout the day with the dancers in a musical programme which is still being finalised, but will certainly be a very eclectic mix delving into other genres beyond classical music, such as folk and pop. In addition to their music and dance numbers, the dancers will also present the typical folk costumes of the Zlín region.  The day’s music and dance programme culminates at 21.00 hours in a jam session when all the performers will have the chance to improvise until 22.00 hours, when the Pavilion Gates will be closed.

The group plan to fly out of Dubai for their return to Zlín on Tuesday 22nd March.

This group comprises 14 members of the Orchestra, and their repertoire includes classical pieces written for chamber orchestra and arrangements of pop music such as The Beatles and Elán. 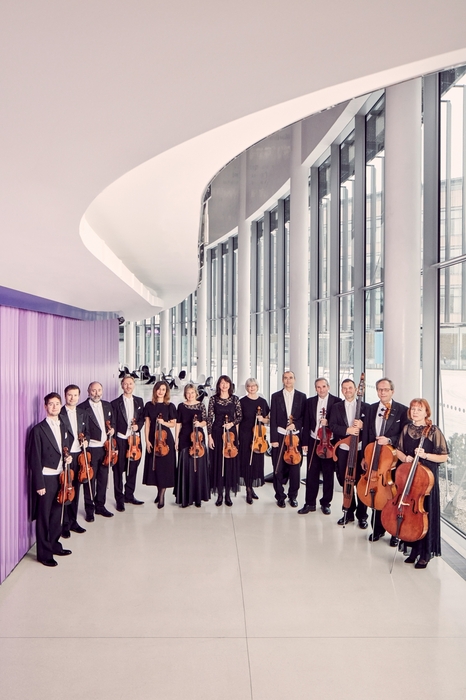 The  Brass Harmony  sextet of the Orchestra’s principal instrumentalists held their first concert in 1992, since when they have given over 100 performances for their audiences. The group gives concerts both regionally, in the Czech Republic nationally, and also in Austria, Germany and France. 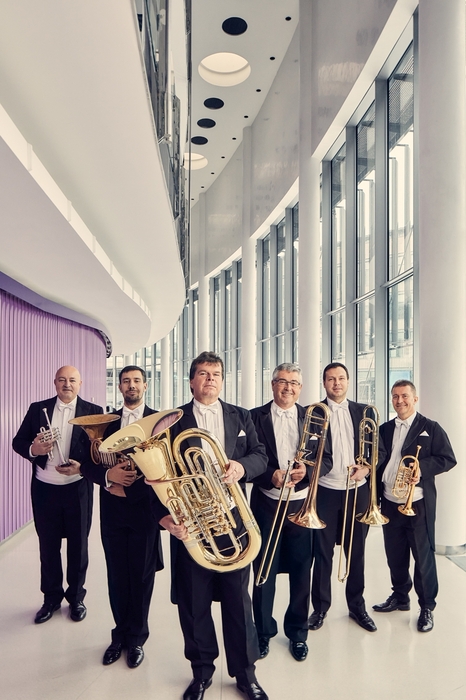 The Kašava Wallachian Folk Ensemble came into being in 1971 and has been active in the Zlín region for more than 50 years.  The mainstay of the group’s activities is the folk music and dance, traditions, customs and rituals of western and southern Wallachia and its environs including the Luhačovice Zálesí and eastern Haná areas.

In addition to conventional folk dance, the group’s repertoire consists of combined musical, costume mummery and drama routines and playlets based partly on folk rituals and customs, and partly on folk traditions documenting rites of passage in the lives of past generations. The performances have usually featured reproduced folk costumery from the relevant regions.

One of Kašava’s characteristic activities is to reawaken and revitalise Christmas and Shrovetide folk mummery. The group members also strive to preserve the ethical and aesthetic values of traditional folk culture. Kašava give thematic performances featuring the cimbalom, they organise formal dance balls associated with the region, they go carolling, and regularly take part in folk festivals both in this country and abroad. 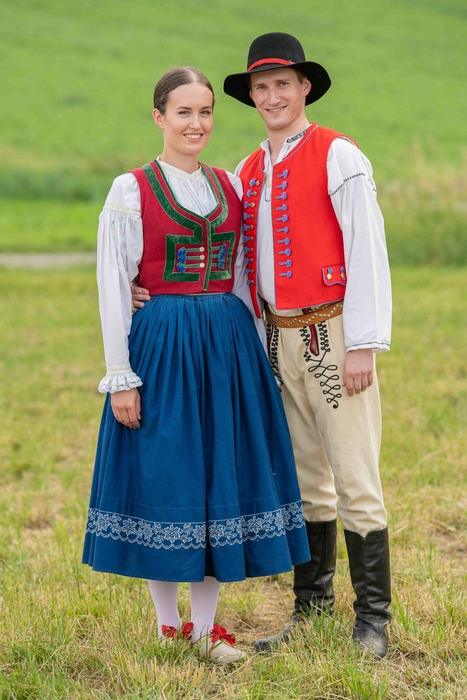