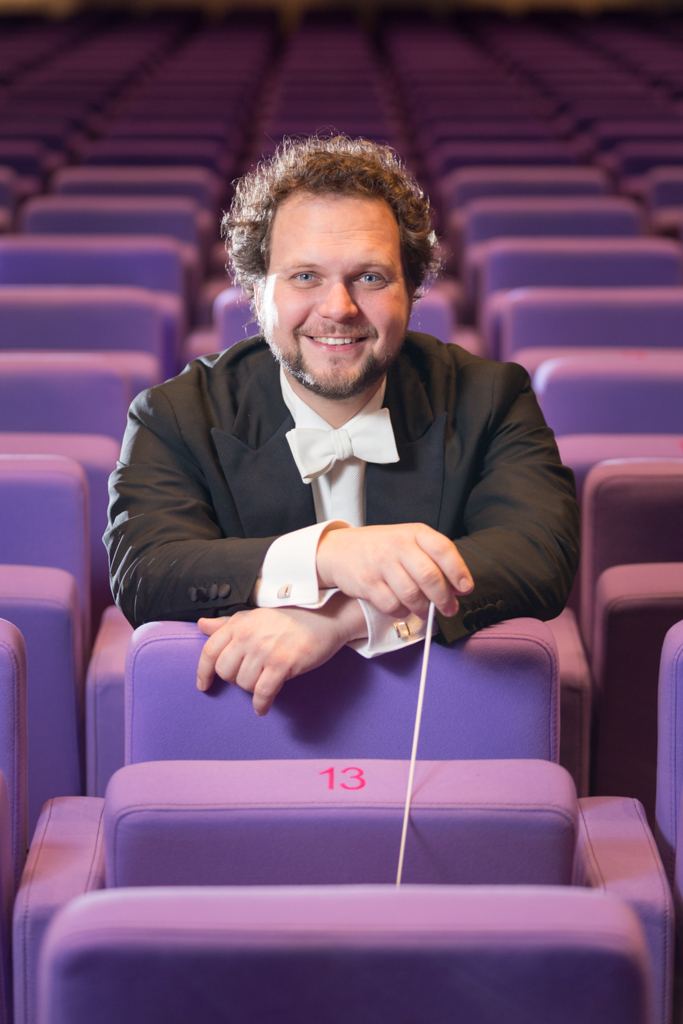 Tomáš Brauner, one of the most sought-after conductors of his generation, was born in Prague in 1978 and studied oboe and conducting at the Prague State Conservatoire. After graduating in conducting from the Prague Academy of Performing Arts in Prague in 2005 he undertook a study attachment at the Vienna University of Music and Performing Arts. Five years later he was a prizewinner at the Dimitris Mitropoulos International Conducting Competition in Athens.

Tomáš Brauner began his opera conducting career at the J.K. Tyl Theatre in Plzeň where he worked on and then conducted a considerable number of operas including Ponchielli’s La Gioconda, Mozart’s Don Giovanni, Tchaikovsky’s Maid of Orleans, Dvorák’s Jacobin, Puccini’s Turandot, and Francesco Cilea’s Adriana Lecouvreur. He made his début at the Prague State Opera in 2008 with a performance of Verdi’s Othello, followed by Massenet’s Don Quijote, Rossini’s Barber of Seville, Puccini’s La Bohème and Tosca, Verdi’s Nabucco, Mozart’s Magic Flute, Bizet’s Carmen and a concert performance of Ambroise Thomas’s Mignon.  At the Moravian-Silesian National Theatre in Ostrava he presented and conducted a new study of Verdi’s Nabucco and Ernani, also Gounod’s Romeo and Juliet, Donizetti’s Maria Stuarda, Ambroise Thomas’s Hamlet, and Janáček’s Katya Kabanova. He has also conducted Janáček’s Jenůfa at the prestigious Palacio de Bellas Artes in Mexico City. Among the ballets he has conducted are Tchaikovsky’s Swan Lake (in Ostrava) and Sleeping Beauty, Maurice Jarre’s Hunchback of Notre Dame (in Plzeň), and Adam’s Giselle at the Prague State Opera.

Tomáš Brauner also receives regular invitations to perform at major international festivals such as Bad Kissingen, and the Richard Strauss Festival in Garmisch Partenkirchen where he was invited along with the Czech Radio Symphony Orchestra to present the opening gala concert marking the 150th anniversary of the birth of Richard Strauss, on which occasion he conducted Strauss’s Alpine Symphony.  He has also guest-performed at the Prague Spring, the Smetana Festival in Litomyšl, the Český Krumlov International Music Festival and many others.

Tomáš Brauner took up the post of Chief Conductor of the Bohuslav Martinů Philharmonic from the start of the 2018–19 season.